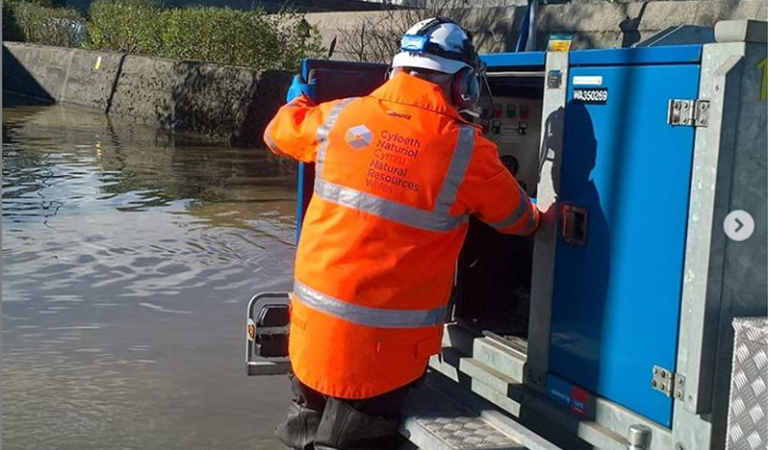 Natural Resources Wales (NRW) is urging people living near the Welsh coast to be prepared for possible flooding this weekend as Storm Ciara reaches the UK.

Current forecasts indicate that strong winds could cause a tidal surge and large waves hitting the coast.

Combined with heavy rainfall which is likely to see rivers rise quickly, NRW expects to issue flood alerts and possibly warnings across the country from Saturday afternoon through to Monday.

With the worst of the conditions expected on Sunday, NRW advises people to keep a safe distance from coastal paths, promenades, piers, and from river banks.

Emergency response workers from NRW are already making preparations ahead of the storm, checking defences are in good working order and making sure any drainage grids and screens are clear, to reduce the risk to people and their homes.

“Our teams are keeping a close eye on forecasts and predicted river and sea levels this weekend, and if necessary, will issue flood warnings to registered properties in those areas at risk.

“We have already been speaking with our partners from the emergency services and all the local authorities which might be affected, so they can put their plans into action.

“We are also warning people to avoid visiting the sea front due to the risk of being swept away by large waves or hit by wave and wind-blown debris.

“Flood water can also be extremely dangerous, and people should not attempt to walk or drive through it unless instructed by the emergency services.”

Flood alerts and flood warnings are updated on the Natural Resources Wales website every 15 minutes.

Information and updates are also available by calling Floodline on 0345 988 1188. People can also register for free flood warnings either by calling the Floodline number or at NRW’s website.

What to do in a flood