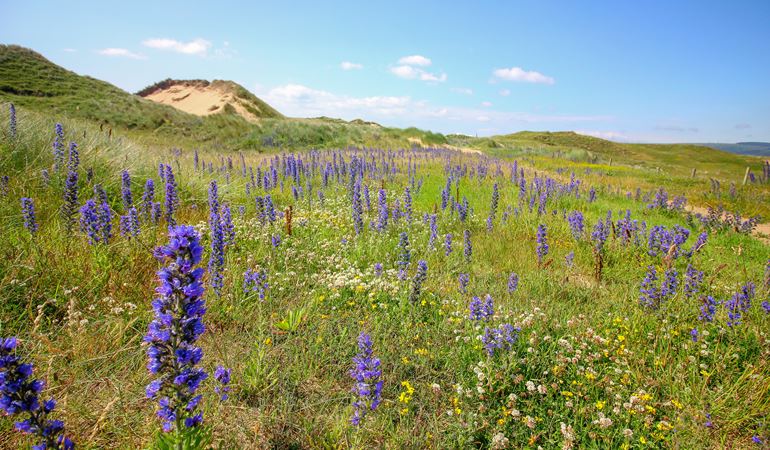 The internationally important dunes at Kenfig are set to be given a timely boost as part of a major conservation project’s work to help revitalise sand dunes across Wales.

The Sands of LIFE project, led by Natural Resources Wales (NRW), will soon start work to scrape areas within the dune slacks at Kenfig Nature Reserve in Bridgend. This work will remove the existing fast-growing vegetation and create bare sand habitat that is crucial to the survival of some of Wales’ rarest dune specialist wildlife.

The project team will also remove scrub, such as birch and willow, species which if not controlled will effectively thrive in wet areas and spread further through the dunes and overgrow important dune slack and grassland habitats.

Over the last 80 years, open sand has largely disappeared from Welsh sand dunes, being replaced by dense grass and scrub. This change has been caused by factors such as the introduction of non-native plants, lower levels of grazing, climate change and air pollution. As the dunes have become more stable and overgrown, rare wildlife has declined.

The project has worked closely with colleagues at NRW and the Kenfig Corporation Trust to plan all work thoroughly.

“Kenfig is an internationally important dune site and we have an ambitious program of works planned to help recreate precious habitats which are home to some of our rarest wildlife.

“We look forward to getting these works completed over the coming months. We will then monitor our work to see how the rejuvenated habitats develop over time, hopefully enabling specialised dune species to thrive and ensuring Kenfig’s sand dunes remain a wildlife haven for years to come.”

Overall, Sands of LIFE is restoring over 2,400 hectares of sand dunes, across four Special Areas of Conservation, on 10 separate Welsh sites. The project runs until December 2022.

Separate Sands of LIFE winter work will also be taking place at eight other sites around Wales to further boost this special habitat.