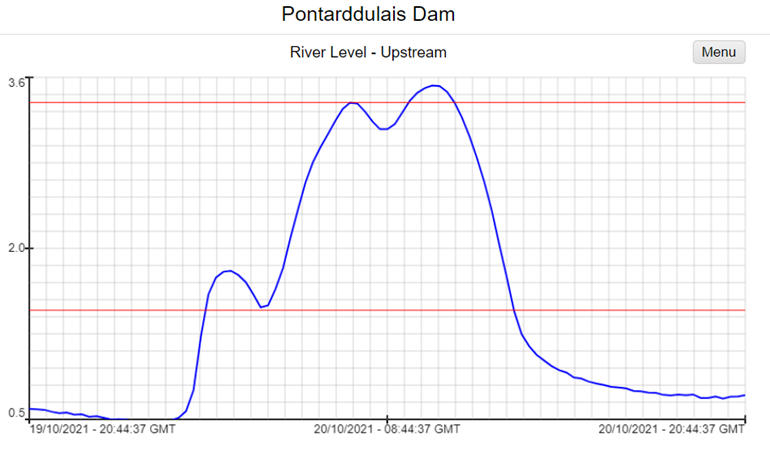 Four flood warnings were issued in the south west of Wales early Wednesday morning, and NRW’s water monitoring gauges at the Flood Attention Scheme showed a depth of 3.5m of water was stored in the reservoir - the highest amount recorded since the scheme was put in place.

The £6.1m scheme was officially opened in March 2019 by the First Minister and Minister for Environment, Energy and Rural Affairs.

It involved the construction of a flood storage reservoir upstream of the town capable of storing 170,000m3 of flood water, which is almost the same as 70 Olympic size swimming pools.

“This was a clear indication that the system - which is designed to prevent potential flooding of 224 residential and 22 non-residential properties - is working well and meant the reservoir had constricted the flow of water to what could pass safely through the town.”

Read more about the scheme on our website: https://naturalresources.wales/about-us/our-projects/flood-scheme-projects/pontarddulais-flood-risk-management-scheme/?lang=en