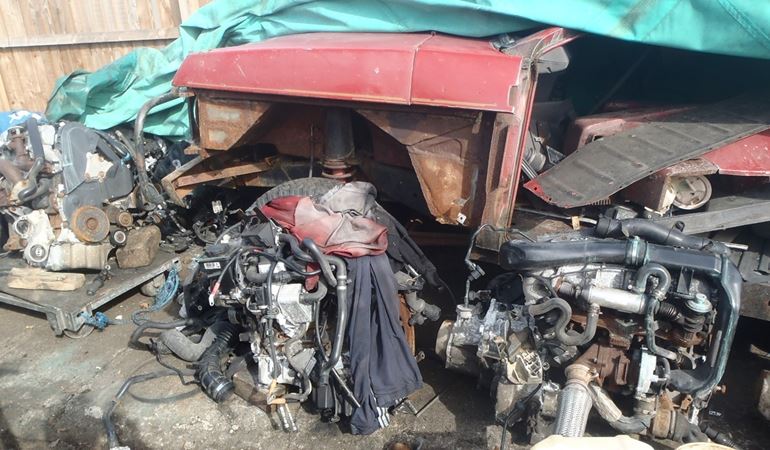 A man from Tredegar, Blaenau Gwent in south east Wales, has been ordered to pay £3404, after pleading guilty to waste charges at Cwmbran Magistrates court last month.

Mervyn Lewis, had been operating an automotive business on land at Park Hill Garage in Tredegar, without the relevant environmental permits or waste exemptions.

Officers from Natural Resources Wales (NRW) first visited the site in June 2021, following an incident reporting the stripping and recycling of vehicles at the site, by Blaenau Gwent County Borough Council.

Upon arrival, officers found the site contained a number of vehicles in various states of disrepair, including several which were considered to be scrap metal and required removal from the site.

A number of oil canisters, oily wastes and rags were also scattered throughout the ground, and officers found no pollution control measures were in place, despite the site being in close proximity to a water course.

Mr Lewis was served with an Enforcement Notice (S59) requiring the removal of four vehicles, along with a number of associated vehicle parts and oily wastes, which he later failed to fully comply with.

He was found guilty of depositing and treating waste without the necessary environmental permits and fined £800 at Cwmbran Magistrates court on 23 June. He was also ordered to pay investigation costs of £2524.18 as well as a victim surcharge of £80 bringing the total to £3404.18.

Environmental permits are in place so we can ensure businesses are operating safely and complying with environmental regulations, so they don’t pollute the environment or cause harm to people or wildlife.

It is an offence to collect, carry, store or break vehicles without an environmental permit.

If we find evidence that a business is operating without the necessary permits which protects the local environment and surrounding communities, we will not hesitate to investigate and take the appropriate enforcement action.