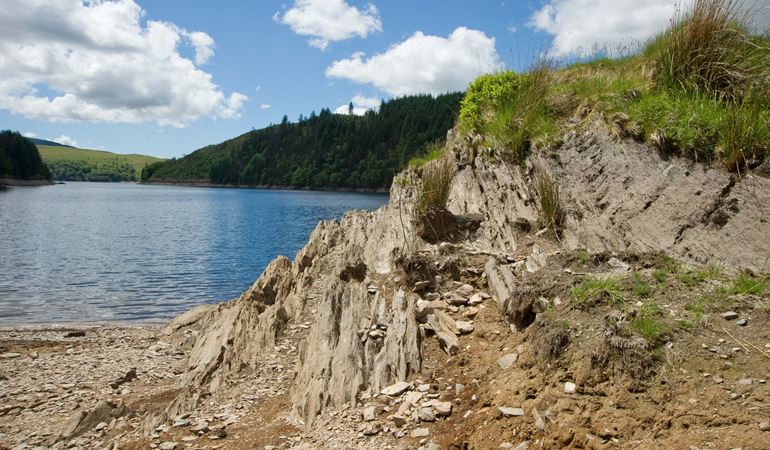 The hot and dry summer has been a clear reminder of the need to prepare for more weather extremes and the need to use our water resources wisely.

This is the call from Natural Resources Wales (NRW) today, as it confirmed that recent rainfall has improved the situation in South West Wales and has triggered the threshold to move the area from drought to drought recovery status.

The South West saw 115% of its long-term average rainfall for September and October so far has received 77% of the long-term rainfall average in October (as of 25 October).

River flows across the area have recovered to normal, or above normal for the time of year as a result.  Wetter soil has also reduced concerns for the environment, wildlife, habitats and land management.

This improved situation and change in status does not mean that we are out of the woods as localised concerns could remain.  While groundwater is showing some signs of recovery, levels are still low and could take some time to replenish if Wales does not receive enough rainfall over the autumn and winter months. This may bring localised impacts such as to private water supplies. NRW will continue to monitor the situation until we are confident the area has returned to normal status.

The areas moving to recovery are:

The rest of Wales remains in drought.

“We have taken the decision to move South West Wales to drought recovery status as we are starting to see our rivers and reservoirs in this area returning to normal ranges for the time of year, and the natural environment, ecosystems and habitats are showing positive signs of recovery.

“However, people should not assume that we have returned to normal conditions in this area. The dry weather and hot temperatures we saw over the summer also put extreme pressures on ecosystems and habitats and we are continuing to monitor those impacts on our environment very carefully.”

The announcement comes in the week that Welsh Water lifted the Temporary Use Ban (more commonly known as a ‘hosepipe ban’) that has been in place in parts of Pembrokeshire and parts of Carmarthenshire since 19 August. While water supplies remain safe, NRW is still urging people to use water wisely.

With the rest of Wales still at drought status, and with the forecast set for a drier than average autumn, careful and proactive management of water resources and the environment will be needed throughout the winter to reduce the risk of drought next year.

“Parts of Wales are still showing the impacts of six months of below average rainfall and one of the driest periods on record.

“Pressures remain across other parts of Wales, with particular concerns for the environment and/or water supply in the Clwyd, Lower Dee, Upper Severn, Anglesey catchments and parts of south east Wales. It is going to take more prolonged, significant rainfall over the winter to fully replenish our rivers, reservoirs and groundwater levels.

“Even with typical rainfall over the coming weeks and months, we could still see some impacts of drought well into 2023, which is why it’s crucial that we remain vigilant about how we’re using water this winter.

“Our drought teams are continuing to monitor our hydrological indicators as well as the natural environment and will agree any further actions that need to be taken for the rest of Wales with the Welsh Government, water companies and other partners over the coming weeks.”

NRW is encouraging anyone to report environmental incidents to its 24-hour incident line on 0300 065 3000, or via the NRW website. For updates on NRW’s response to the drought, read our blog. For ways to save water, visit the Dŵr Cymru Welsh Water website.

If those on a private water supply have any concerns about supplies or water quality, please contact your local authority.