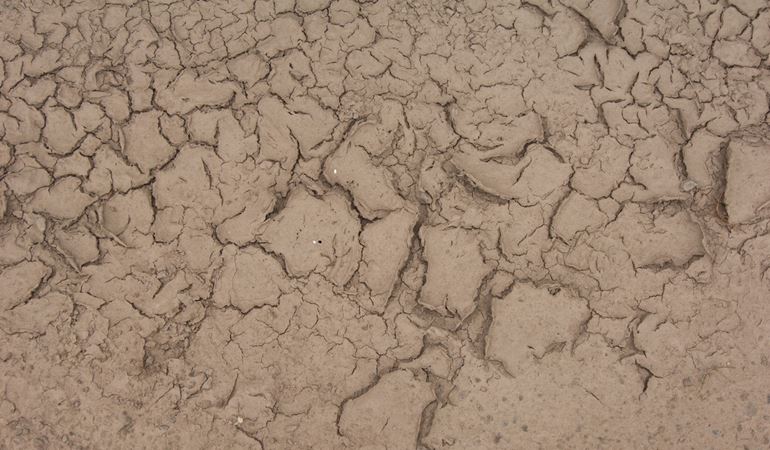 Following the extended period of dry weather, Natural Resources Wales (NRW) has confirmed that the trigger thresholds have been met to move South West Wales into drought status from Friday 19 August.

NRW’s decision to move from prolonged dry weather status to drought for the area was agreed and shared with a meeting of the Welsh Government’s Drought Liaison Group and after consideration of the exacerbated pressures the high temperatures and lack of significant rainfall have had on the environment in this area.

The rest of Wales remains in prolonged dry weather status but concerns still remain. While essential supplies of water remain safe, the public and businesses in drought affected areas should be very mindful of the pressures on water resources and should use water wisely.  NRW continues to closely monitor the situation across Wales, working with partners and will take action as required.

“Prolonged dry weather can lead to drought when rainfall remains low. This can impact some of our most precious habitats and species as well as systems we often take for granted, such as our water supplies.

“We have decided to declare a state of drought in South West Wales after it was clear the lack of rain and recent heat have put a huge strain on our rivers, reservoirs and groundwater levels.“

The areas affected are:

South West Wales received just 65.5% of its average rainfall in July and all river levels in the area are lower than expected for this time of the year, with the Ewenny, Teifi and Taf exceptionally low.

Low groundwater levels coupled with record high temperatures, have also put a strain on the region’s ecosystems as well as public water supplies in Pembrokeshire and parts of Carmarthenshire.

The rest of the country continues to experience a period of prolonged dry weather, despite there being some recent rainfall.

Across the rest of Wales, the majority of rivers across Wales are lower than expected for the time of year, with many exceptionally low including the Alyn, Conwy, Clwyd, Taf, Teifi, Ewenny, Wye, Usk and Ebbw.

NRW is advising the residents of Pembrokeshire to follow water conservation advice given by Dwr Cymru/Welsh Water, who have introduced a temporary use ban,  more commonly known as a hosepipe ban, which will also come into effect today (Friday 19 August).

“While certain parts of Wales may be experiencing rain, it can still take a long time to recover from drought, making water a precious resource.

“We’re urging the public to save water where possible; you can find the latest ad advice on water by visiting your water company’s website or Waterwise (www.waterwise.org.uk). 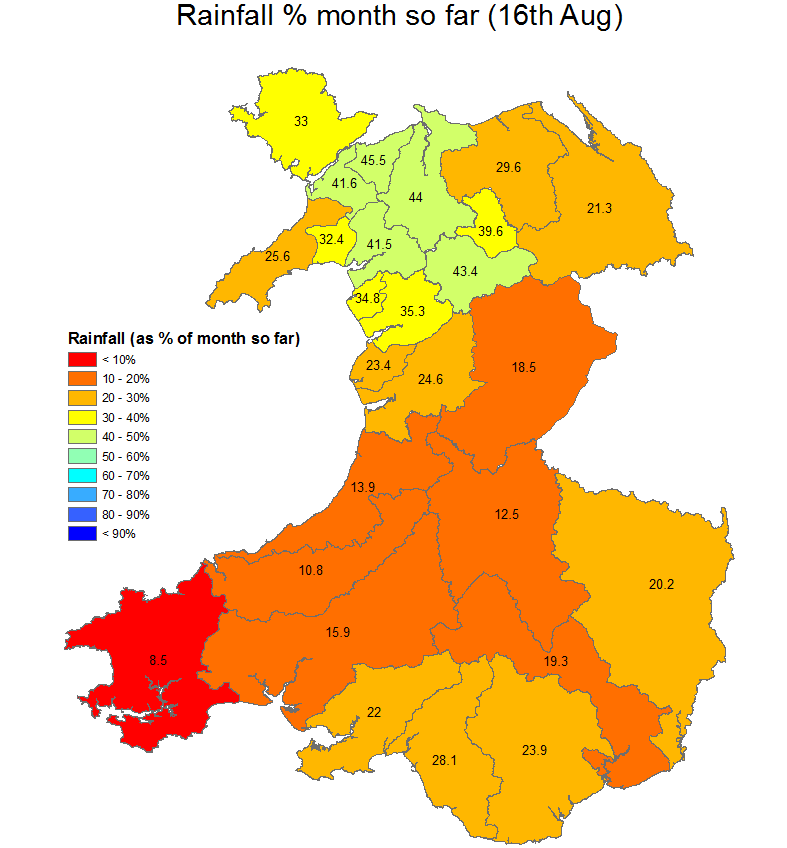