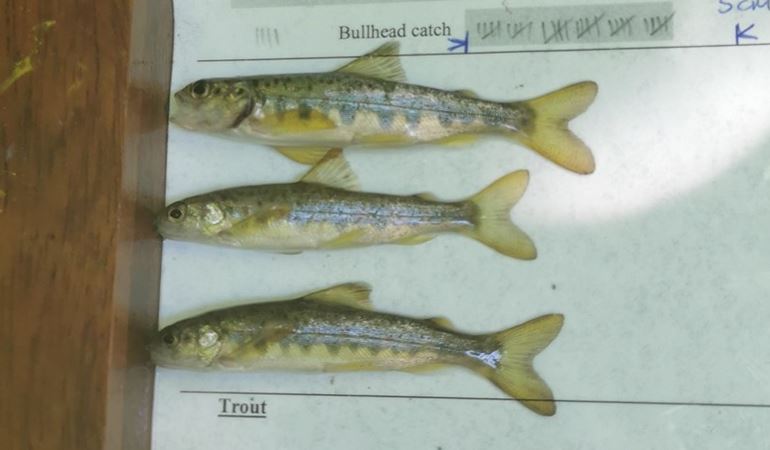 Local salmon populations on the River Dee have been boosted thanks to the discovery of juvenile salmon at three sites above the location of a recently removed barrier.

The LIFE Dee River project removed Morlas Ford in September 2021 as it was a partial barrier to migratory fish. This is part of the project’s ongoing work to transform the River Dee and its catchment by restoring the river and its surroundings back to their natural state.

Adult salmon return to their natal stream to spawn having spent time growing at sea. If their route is blocked by artificial structures, they can waste energy or sustain injuries attempting to pass and be more vulnerable to predators.

“By removing the ford, we have allowed returning adults to access good quality spawning grounds. The structure was only 60 metres from the confluence with the River Ceiriog, so it meant that virtually the whole of Morlas Brook was inaccessible in most years.

“On top of the removal of Morlas Ford, the LIFE Dee River project will also fully or partially remove another four weirs in the Dee and tributaries and install fish passage solutions in a further six weirs. This will improve access for fish in 88km of river benefiting a wide range of habitats and species.”