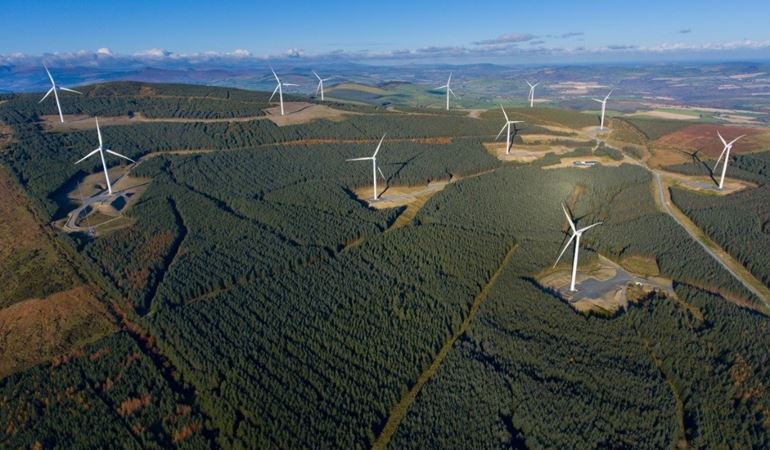 A renewable energy project near Port Talbot is the latest scheme announced by Natural Resources Wales (NRW) as it continues work to tackle the climate emergency declared by the Welsh Government.

NRW earmarked an area of land near Port Talbot as suitable for development, and following a competitive bidding process has offered the development opportunity to a partnership between Coriolis Energy and ESB.

The company will now survey the land for a potential windfarm development which would contribute towards the Welsh Government’s target to generate 70 per cent of Wales’s electricity from renewable sources by 2030.

The Project will take place on Welsh Government woodland estate which is managed by NRW.

Following initial surveys, the company will need to apply for planning permission for the development, with advice and support from NRW.

“As Wales’s largest environmental body, we do not underestimate our role in meeting the challenges Wales Bryn faces in terms of climate change.

“In our recent response to Welsh Government’s climate emergency declaration, we identified renewable energy development on land we manage as a priority action for us.

“But we also recognise that we can’t do this on our own. Initiatives like the Bryn Project offer creative solutions to energy problems allowing us to maximising opportunities through third parties.

“The benefits of these are not only felt locally, but on a national scale too.”

“We are committed to reducing greenhouse emissions by at least 80% by 2050. Renewable energy developments, like the Bryn Project, are key to creating a green economy and helping us meet our energy goal.

“I’m pleased the successful bid has a strong community benefit which will enable local people to buy into the scheme. This approach will ensure that money generated from the scheme will stay in the local community.”

“The decision of the Welsh Government to entrust this project to ESB and Coriolis is an important milestone and a significant vote of confidence in our long-standing partnership.

“ESB is proud to support the delivery of Wales’ ambitious renewable energy goals, as we seek to build a brighter future - powered by clean electricity – for all the communities we serve.”

In total 10 companies bid for the lease, all of which centred on windfarm development. Other technologies were considered in the proposals – including battery storage, solar and hydro power – but a windfarm has been identified as the most feasible scheme.