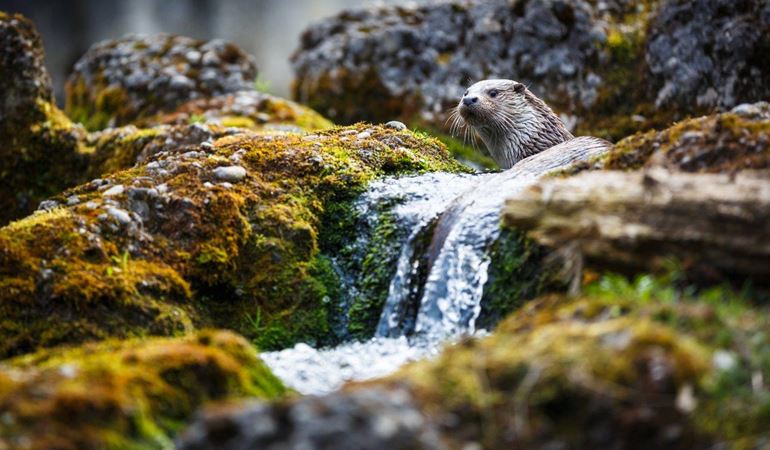 In order to help the otter population in Wales survive and flourish, Natural Resources Wales (NRW) is asking people to spot and report dead otters as part of a UK-wide project.

The Cardiff University Otter Project was set up in 1992 to autopsy dead otters, to map their genetic diversity, age and distribution across the UK, and to monitor pollution in rivers and streams

Information on otters is difficult to gather due to their elusive nature, however in order to support the species scientists need to build a picture of the health and spread of the native otter population.

People are asked to report sightings of dead otters to NRW by calling 0300 065 3000. NRW will then collect the body and deliver it to the Otter Project for analysis.

“If you spot a dead otter, please stop and take a photo and then report it to NRW, giving us as much detail as possible about its location.

“The more detail we have about where the otter has been found, the better chance we have of finding and collecting it.

“When the university does an autopsy, they look at a variety of things including weight and length; sex, age, reproductive status; teeth - wear, breakages, or signs of infection; abnormalities of abdominal and other organs.

“Your effort in reporting a dead animal will help us to gather valuable information about this secretive species, which in turn will help our efforts to ensure their ongoing revival.”

A dead otter was found in Bute Park, Cardiff, in October and has undergone an autopsy.

“We have known for several years now that otters are using the river Taff in central Cardiff.

“It seems as though this otter left the main river and used a canal that then goes underground. Otters tend not to like going underground.

“It is likely this otter was unfamiliar with the area and left the water at this stage, trying to find where the water continues, rather than turning round to go back to the main river.

“Unfortunately, it died from a road traffic collision.

“For many years now, as otter populations are recovering, we are getting more and more reports of urban otters.

“However, in the 27-year history of the Cardiff University Otter Project, this is the closest otter carcass to have been found near to us in Cardiff.

“Our data collected with NRW is used to inform where road mitigation is needed in order to prevent otter road traffic casualties but this is the first in the city centre.”