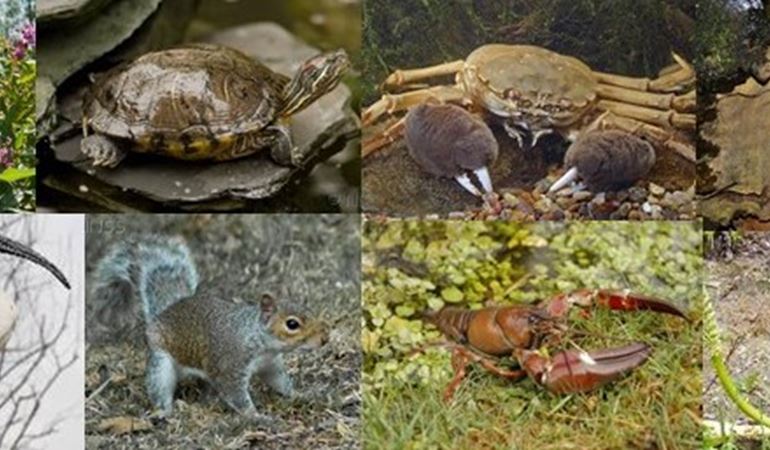 NRW is urging people to take note of new laws that will outline rules and regulations around the management and prevention of invasive species in Wales.

The Invasive Alien Species (Enforcement & Permitting) Order took effect on the 1st December 2019 and will apply to 66 animals and plants that are species of concern in the UK and in Europe.

These activities can include importing, breeding, selling, transporting and releasing into the environment, among others.

Licences in Wales can be issued by NRW for a number of reasons, for example, the rapid eradication of a newly arrived invasive species or for management measures for species that are already widely spread.

“Wales is home to a diverse range of species and habitats and these need to be balanced ecologically in order for the plants and animals that depend on them to thrive.

“Invasive species can damage these ecosystems in a number of ways including outcompeting native species or by spreading disease.

“These new laws will help us better protect our native plant and animal life by setting out clear guidelines on how to prevent and manage the damage caused by invasive species.”

The Welsh Government and Defra have issued a statement explaining their joint position on the management measures for widely spread species with more general information set to be released following the upcoming election.

If you think you might need a licence for carrying out activities involving invasive species, please see NRW’s Species Licensing webpage.