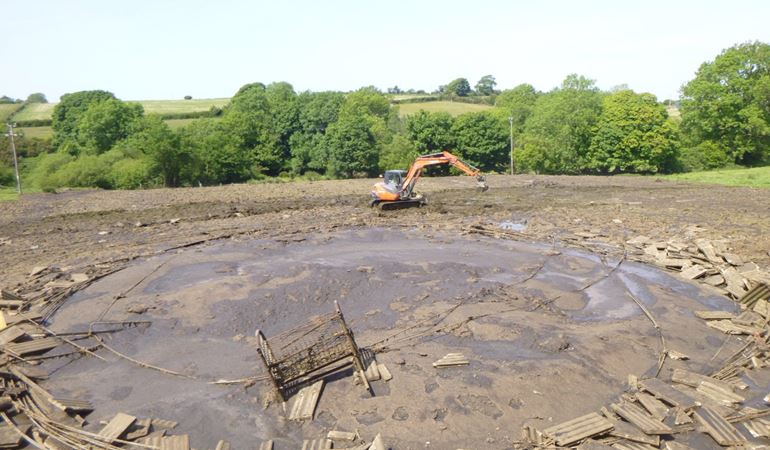 Two Ceredigion farmers have pleaded guilty to polluting a river in a Ceredigion following the collapse of a slurry store leading to the release of approximately 75,000 gallons of slurry into the water.

The incident, which affected the Afon Peris, which flows through the village of Llanon, occurred in June 2020 and was investigated and prosecuted by Natural Resources Wales (NRW).

The cause was the catastrophic failure of a 40-year-old slurry store that had never received formal maintenance and assessment.

The hearing was held at Aberystwyth Magistrates Court on 14 December 2021.

“This incident had a devastating impact on aquatic life in the Afon Peris. Assessing the number of dead fish was often impossible because the extent of the pollution made the water too thick to see through. I am pleased that we were able to thoroughly investigate and hold those responsible to account.

“This incident was foreseeable, avoidable and should never have happened. It shows the importance of regular and proper maintenance of slurry stores.”

Both defendants were ordered to pay NRW’s full costs of bringing the prosecution forward, a cost of £12,467.90 to be paid between them equally.