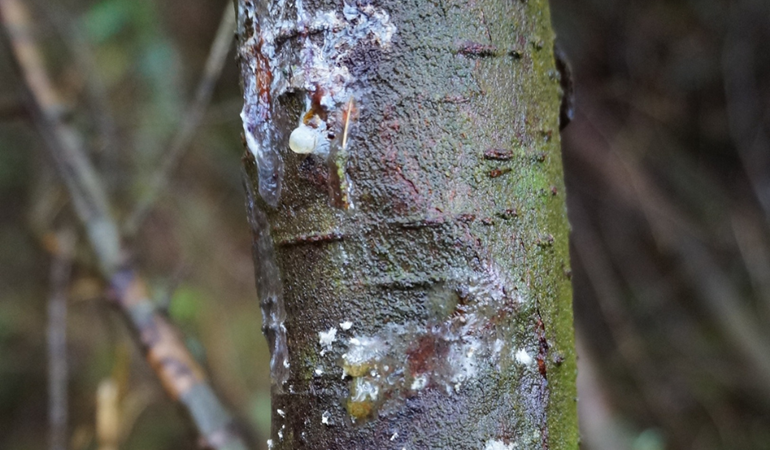 Natural Resources Wales (NRW) has completed a survey of the Welsh Government Woodland Estate (WGWE) woodlands in an effort to identify and control the spread of a new tree disease, Phytopthora pluvialis.

The disease is a fungus like pathogen that affects a number of tree species including western hemlock, pine and Douglas-fir and can cause a number of symptoms such as needle cast, shoot dieback, and lesions on the stem, branches, and roots.

First detected in England, the disease was later found at a number of sites across the UK, promptingUK environmental agencies to put a handling plan in place.

NRW and Welsh Government (WG) initiated a survey of the WGWE to identify infected areas where action could be taken to minimise the risk of the disease spreading.

Demarcated zones have been set up at certain sites to ensure biosecurity at infected areas. More information on these zones and the requirements to access them can be found on the Welsh Governments website.

NRW and Welsh Government is now looking at how best to work with private landowners to work out the extent of any disease across all woodland in Wales.

“Wales’ woodlands are one of its most valuable resources economically, socially and environmentally.  The twin threats of climate change and new pests and diseases mean we all have to work hard to safeguard them as part of a nationwide team.

“The completion of the survey of the Welsh Government Woodland Estate is a major first step in tackling this new disease and gives us a clear understanding of where this pathogen has affected publicly owned Welsh woodlands.

“We have years of experience dealing with tree diseases like this and are handling the issue with evidence-based, industry leading techniques. Working alongside Welsh Government we can now move on to working out how best to control pluvialis, doing what we need to do to keep our woods healthy, and understanding the situation in privately owned woodlands.”

A full symptom guide has been prepared to help identify the presence of the disease which can be found here.

NRW is asking landowners and managers to look for symptoms and report any findings via the TreeAlert Online Portal and to follow good practice on biosecurity Natural Resources Wales / How to practise biosecurity in woodlands: Keep it Clean