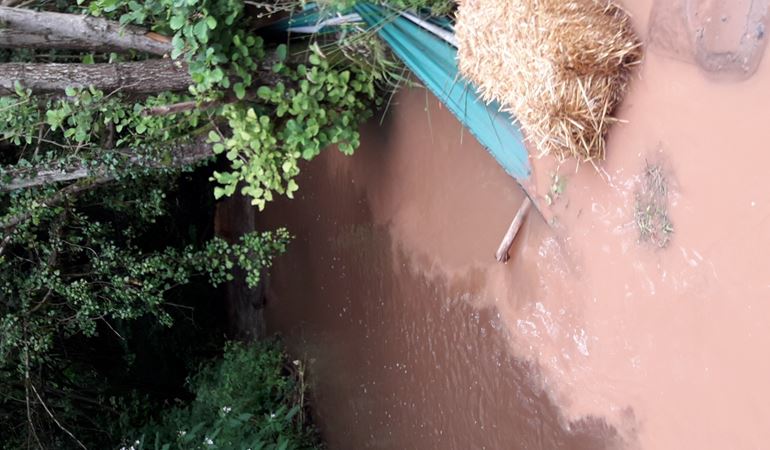 Persimmon Homes has been fined £433, 331 after failing to implement appropriate measures to prevent multiple pollution incidents which impacted the River Gavenny in Monmouthshire, South Wales in 2019.

A total of seven pollution offences, caused by illegal water discharge activities occurred at the Willow Court development site in Abergavenny between 11 February and 11 November 2019.

Inspections carried out by Natural Resources Wales (NRW)revealed that the pollutant on each occasion was caused by water run-off from the site, which had been contaminated with silt.

Water samples obtained and analysed by NRW officers from the River Gavenny showed significant levels of suspended solids (small solid particles which remain in suspension in water) in the watercourse. This can have a negative impact on fish and other invertebrates, clogging their gills and reducing light penetration in the water.

Although there was no evidence of fish kill recorded in the Gavenny, the impact of silt would have had a detrimental effect on aquatic life in the water.

NRW officers met on site with the management of Persimmon Homes in March 2019 to discuss the necessary preventative measures that needed to be implemented to minimise the risk of pollution.

This included jet washing the silt back from the road onto the site and digging a trench across the entrance, in which clean stone and straw bales could be placed to absorb any silt water runoff.

While the trench initially stopped the immediate flow of contaminated water, additional mitigation measures, including digging more ditches, closing the site entrance to traffic, and effectively recording inspections of pollution measures, failed to be carried out.

A silt netting placed at a discharge point into the river Gavenny, designed to prevent silt from entering the river was also not maintained.

Environmental regulations are in place to help protect people, wildlife, our rivers, and land.

The construction industry has a duty of care to the communities in which they operate, to ensure the correct controls and safeguards are in place in order to prevent incidents such as these occurring.

In this case, Persimmon Homes’ failure to put in place suitable mitigation methods meant that silt run off from the site continued to negatively impact the nearby water courses and the River Gavenny over a period of 10 months.

I hope this fine will send out a clear message that environmental legislation is to be taken seriously. We will not hesitate to take appropriate action against those who disregard regulations and jeopardise the natural environment we all know and love.