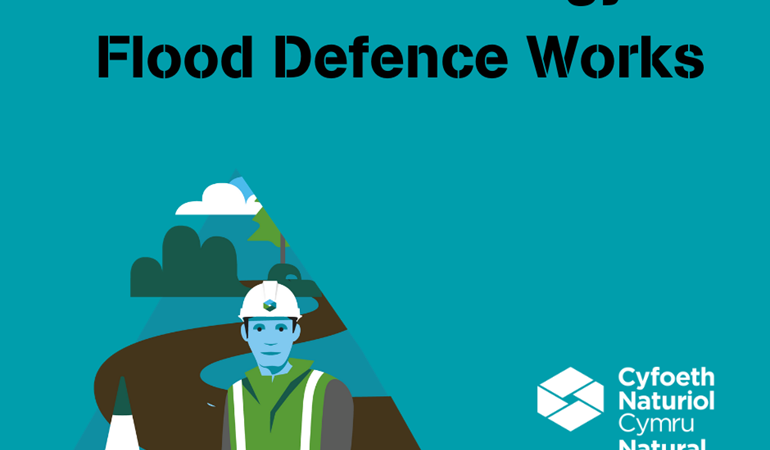 The work, using 20,000 tonnes of rock armour, reduces the risk of a breach in the defence and overtopping by waves.

Since then an issue has arisen at Friog Corner when water seeps through the sea defence during very high tides.

As a short-term solution, a pump has been used to remove excess water from the land behind the defence during high tides.

This requires closing Penrhyn Drive south for four weeks. NRW and Kaymac Marine & Civil Engineering apologise for any inconvenience this may cause.

The work will involve installing a sheet pile cut-off through the embankment to limit seepage during high tides.

Sian Williams, NRW Head of Operations in North West Wales said: “We are committed to maintaining Fairbourne’s flood defences until 2054 to help reduce the risk of flooding and this work is part of this commitment.

“But we must remember that sea levels and groundwater levels are predicted to increase due to climate change, which means that flooding issues in such low-lying areas will become more difficult to solve over time.

“This is an increasing challenge as we work against the forces of nature to help reduce flood risk.

“We are grateful to the local community for their co-operation.”

This piling work follows work in July last year to move 20,000 tonnes of shingle on Fairbourne beach to fill in an eroded area in front of the village.

Anyone concerned about flooding can check their flood risk and register for free flood warnings by calling Floodline on 0345 988 1188 or by visiting www.naturalresources.wales/flooding.

NRW works in partnership with Cyngor Gwynedd and the community through the Fairbourne Moving Forward Project Board.