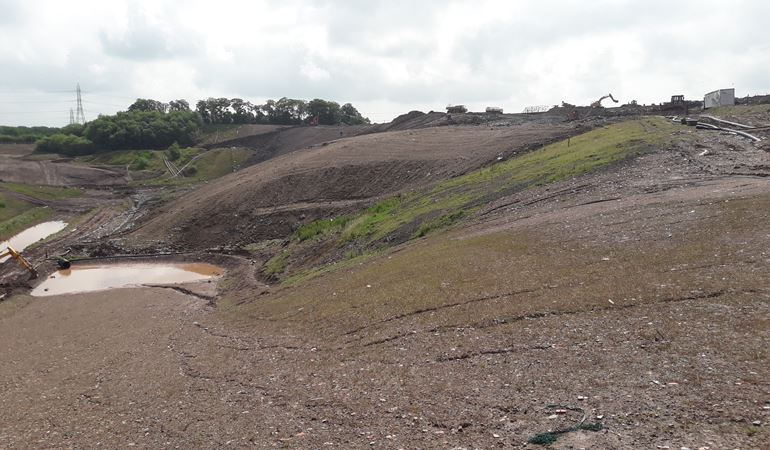 Natural Resources Wales (NRW) has issued a warning to landfill site owners Enovert North Ltd (Enovert) following a fire at their site in Johnstown in May last year.

This comes following an investigation into the incident at Hafod Quarry Landfill on 27 May, which involved a multi-agency response with the local authority and emergency services.

Following this incident, North Wales Fire and Rescue Service has concluded that the fire was likely the result of spontaneous combustion following a prolonged period of dry weather.

Since then NRW, as the landfill site’s regulator, has completed its own thorough investigation to establish whether the fire was a result of Enovert failing to comply with its environmental permit conditions. The investigation found no evidence to suggest that Enovert’s actions caused the fire. However, it did identify improvements needed relating to the application of landfill cover materials which led to a non-compliance of the permit.

NRW has issued a warning letter to Enovert notifying them of this breach and has required the operator to complete a number of corrective actions to secure compliance with the permit.

“This was a serious incident that was effectively managed due to the quick response from all partners. Enovert has already carried out a number of the improvements highlighted in the investigation and we await their corrective actions to ensure the work is correctly documented.”

“As regulator of the site, we are committed to see the owner comply with the permit and will continue to work with them to ensure that the operator fulfils its permit requirements.”