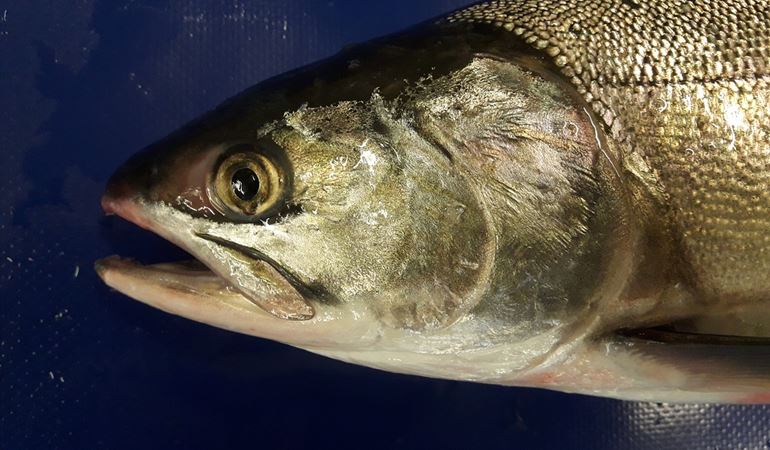 Natural Resources Wales (NRW) is urging nets men and anglers to report any unusual catches after the first pink salmon was caught in Welsh waters for decades.

The fish was caught in the river Dee at the Chester fish trap monitoring station.

Despite this being a Welsh first, numerous reports of captured pink salmon were made around the UK in 2017.

The majority were caught in Scotland and off the north east coast of England with a few isolated reports on the UK’s west coast.

“It is quite unusual to find pink salmon in our waters, this may be the first in some 30 years, though there were numerous reports around the UK and Ireland in 2017

“I’d urge netsmen and anglers to contact us if they see any non-native salmon in the waters, with a date, location and, if possible a photograph, which would really help us identify them and build up a picture of where they may be.”

Data on sightings is vital to determine any potential impact on the local environment and species.

The appearance of the species is of concern as it may impact on Wales’ indigenous salmon and sea trout populations in the future.

The potential impact of pink salmon is unclear at present; however, these fish may introduce parasites and disease not present in native salmonid fish.

It is believed the fish made their way to northern Europe after being introduced commercially to Russian waters.

Anglers and netsman who catch pink salmon are asked not to return it to the water, instead to dispatch it humanely, record capture date, length and weight and make the fish available to NRW for further analysis.

“Keep the fish and do not release it back into the water, even in rivers only open for catch and release angling.

How to identify a pink salmon:

In contrast, the native Atlantic salmon typically has: