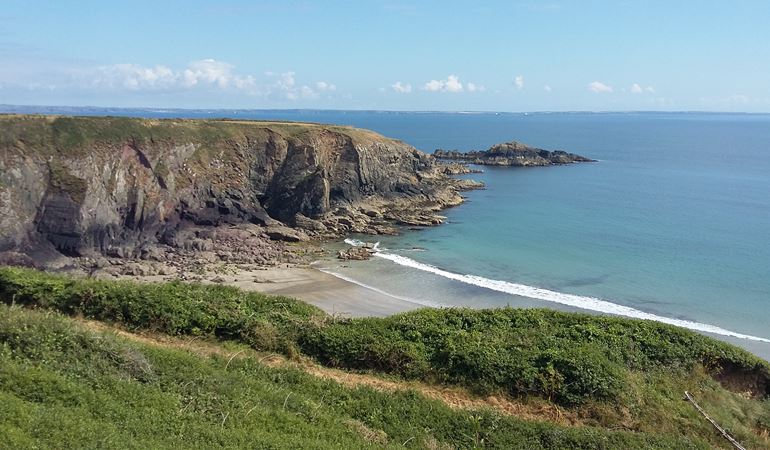 A report by Natural Resources Wales (NRW) starts to scope out the potential for transformative changes to the way we live, to ensure that our natural environment will be able to sustain us in the future.

NRW is gathering evidence for its second State of Natural Resources Report (SoNaRR), due to be published in December 2020.  The report is Wales’ national evidence base for natural resources, ecosystem resilience and wellbeing.

It will be used to inform action and decisions by a range of decision makes across Wales and through such routes as Area Statements and the Natural Resources policy.

An interim report has been published, which outlines the evidence from the United Nations on the linked nature and climate emergencies. The UN are calling for ‘transformative changes’ to society and the economy to deal with these emergencies. The report describes some examples of the type of action which could be taken.

These are set out under the headings of Green Infrastructure and the Circular Economy.

We need your help this year to gather together the evidence for Wales around these two emergencies and the options we have to address them.  We need your views on what we have set out in terms of the challenges Wales faces and how we measure progress.

Wales, like all other countries across the globe, is facing a climate and a nature emergency.

“We need to gather the information to inform decisions about how society increases the pace and scale of action to face these two challenges and prompt change by decision makers across Wales and across all sectors.”

Climate change, pollution of air, freshwaters and seas, the loss and fragmentation of habitats to development and changes in land use, the introduction and spread of invasive species, pests and diseases and the increasing demands of the human population on natural resources to provide food, energy and raw materials have direct or indirect impacts on biodiversity.

The Interim Report draws on recently published evidence including the State of Nature Report 2019, which found that 41% of the UK’s species have declined in the past 50 years and 8% of species found in Wales are at risk of extinction from Great Britain.

There is, however, still room for hope. For example, the bittern and large blue butterfly are two examples of species brought back from the brink of extinction in Wales and the LIFE Welsh Raised Bogs project aims to restore seven of the very best examples of raised bogs in Wales.

There are clear economic costs associated with climate change but biodiversity also has an economic value. A problem with this is that it is usually hidden from view and not taken into consideration in important decisions.

There is a huge economic and social cost of not taking action. The natural environment provides all the things we need to live and thrive: the air we breathe, the water we drink and the food we eat - much of which needs pollinating by insects - and the medicines we take.

Wales’ use of natural resources from across the globe provides the raw materials and energy for our homes and industries. Our ecosystems can also protect us against environmental hazards, such as flooding, soil erosion and the impacts of climate change. They also provide employment and sustains communities.

“Our well-being and that of future generations depends completely on both the natural resources we use and resilience of ecosystems and their biodiversity.

“In SoNaRR we need to gather the evidence to inform action which can address the climate emergency and reverse the decline of nature. And we need your help to do this.”

‘Climate change requires collective action and we have a central role in making that collective action possible through our natural resources policy, including the circular economy, green infrastructure and a low carbon economy. I welcome this report which will inform our decisions on the transformative changes needed to build on these policies.

“If we are to overcome the present climate and nature emergencies, we will need our natural environment to be in the best possible condition so that ecosystems are resilient to the shocks they face from a changing climate, and that we maximise the protective power of nature on which our wellbeing relies.”