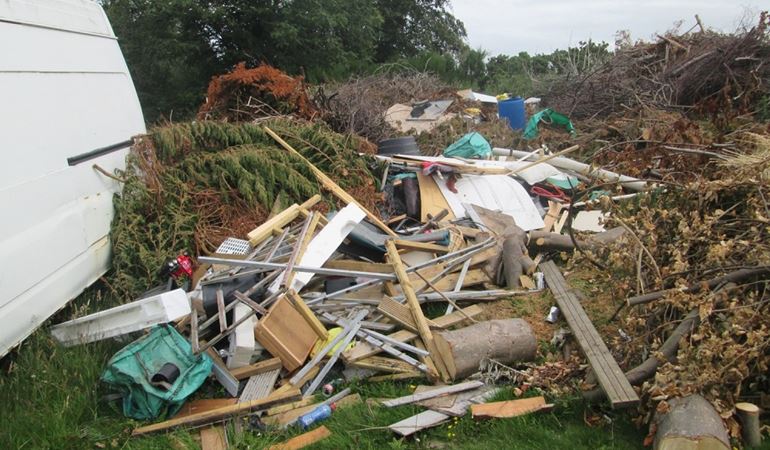 A Colwyn Bay man has been given a 12-month community order after admitting three waste related charges at Llandudno Magistrates Court.

On July 9, 2019, Natural Resources Wales officers visited a site off Llanrwst Road, Colwyn Bay after receiving reports of illegal tipping in the area.

Mr Allan was questioned at the site and admitted depositing the green waste but claimed everything else had been fly-tipped. He was advised not to deposit any more waste at the site and to remove the existing waste to a permitted facility as a matter of urgency.

On July 14, NRW received reports of burning at Llanrwst Road, officers visited and discovered evidence of burning and the waste previously seen at the site had been removed or burned.

Waste found on the site contained several addresses and when questioned by NRW officers, the occupants confirmed they had arranged for their waste to be removed by Mr Allan and another party.

Mr Allan was interviewed again on 30, July, when he admitted to depositing the green waste, together with the waste he had been named as collecting by the various individuals/witnesses. Mr Allan also accepted he did not hold a valid carrier’s licence and confirmed he had burnt the waste at Llanrwst Road.

“Waste crime impacts on people’s health, their communities and the wider environment as well as undermining legitimate businesses.

“I hope this result sends out a message to all those involved the illegal storing and depositing of waste that NRW takes this activity extremely seriously and we will always take the appropriate steps to protect our natural resources and the communities which we serve.

“If an offer seems too good to be true then beware, it is highly likely that the carrier is operating illegally and dumping waste where it will harm the local community and the environment.

“On average a legitimate waste carrier charges around £52 to remove a car boot sized bundle of waste while a van load would cost £166 and an average skip load around £230.