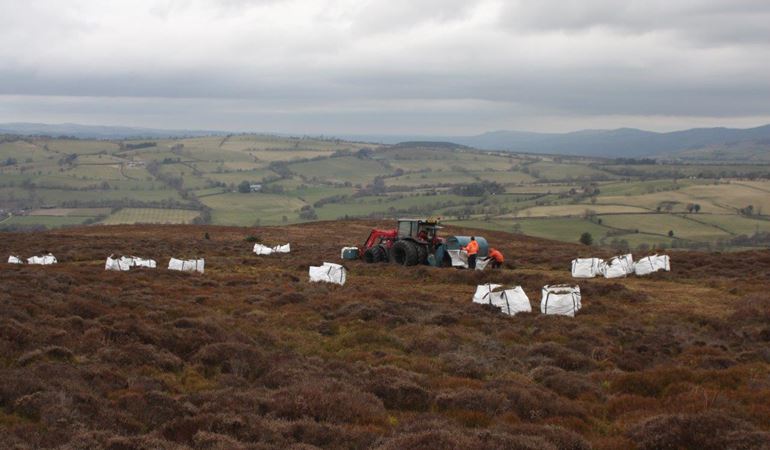 An ambitious restoration project has started this week at Llantysilio Mountain, a Site of Special Scientific Interest (SSSI) and Special Area of Conservation, in order to restore the area following a devastating wildfire in 2018.

The Welsh Government funded project is being led by Natural Resources Wales (NRW), in partnership with Clwydian Range and Dee Valley Area of Outstanding Natural Beauty and Denbighshire County Council. The ambition will be to re-invigorate the natural habitat and restore the mountain to its former glory.

The site, which provides grazing areas for local farmers and is popular with walkers, burned for four weeks at the height of a heatwave in 2018. During that time NRW worked with North Wales Fire and Rescue Service (NWFRS) and Denbighshire Countryside Services to cut back vegetation and create fire breaks to try and stop the fire spreading.

The wildfire destroyed up to 250 hectares of land – the equivalent of approximately 247 rugby pitches.

“Mynydd Llantysilio is really important to both people and wildlife. Following the wildfire, we have worked closely with Denbighshire Countryside Service, the landowners and graziers to restore the vegetation at the site for wildlife and grazing.

“Since 2018 we have seen most of the site recover naturally, with some heathland plants growing back from roots and seeds. However, there has been a clear need for us to intervene in order to stabilise the soil and create better conditions for moorland plants like heather and bilberry to thrive. “

The project will include harvesting locally sourced heather which will be cut and bagged as part of annual moorland management, then airlifted by helicopter to the fire damaged slopes and spread out over approximately 1 hectare of the most fire damaged parts of the mountain. A further 68 hectares of the mountain will be sown with an upland grass seed to create a nursery crop for moorland plants to recolonise. 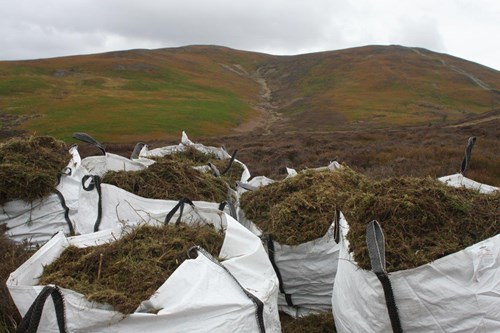 “This is an important restoration project which is being carried out in partnership with Natural Resources Wales and Welsh Government, following recommendations made by independent consultants and specialists at NRW.

“The wildfire in 2018 caused significant damage and this year’s work will cover half of the most damaged part of the mountain with further works planned for the future.”