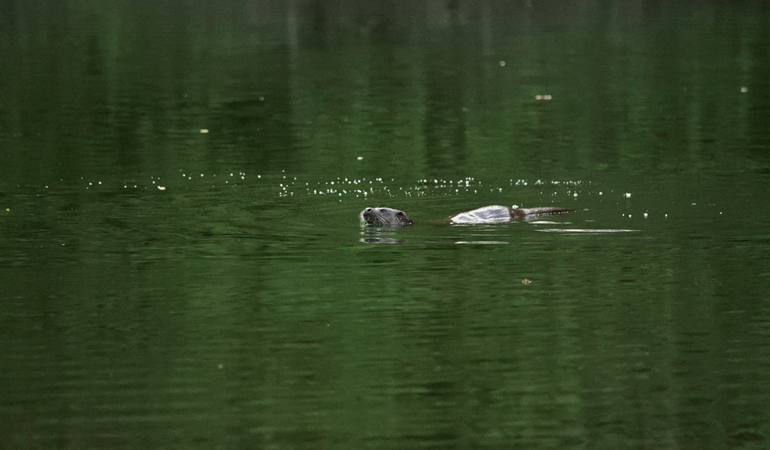 Natural Resources Wales, Cardiff University and a host of volunteers have repeated the Welsh National Survey for Otters for the first time since 2010.

Using the same methods as previous surveys to ensure results were comparable, a total of 1073 sites were visited, with signs of otters found at 756 sites, showing a substantive decline in their populations for the first time since the 1970s, from around 90% occupancy in 2010 to 70% in 2015 to 2018.

Reasons for the decline are unclear and further work is planned by NRW and CU to investigate likely reasons for this.

“Cardiff University Otter Project (CUOP) surveyed national survey sites across six river catchments and noted a decline in otter signs. Natural Resources Wales collaborated with us to organise surveys of the remaining sites across Wales to complete a sixth Otter Survey of Wales, with the help of volunteer surveyors.

“Declines were not universal, with the worst affected regions being the Conwy, Loughor, and Teifi catchments. Smaller declines were evident on most other catchments, while only a few, such as the Severn, seemed to have stable populations”.

“Monitoring otter population status is important with respect to conservation of this much-loved mammal. As well as this, as top predator of our freshwaters, the otter can be an important biological indicator of the health of our rivers and wetlands.

“In Wales as in much of the UK, the otter is a largely nocturnal animal and is rarely observed in the wild, but it is possible to detect its presence by searching for its distinctive droppings – spraints- and footprints.

“Otter populations across Britain have been gradually recovering from significant declines in the 1970s. The clear message from this report is that we cannot be complacent about the ongoing recovery of the otter in the UK. To understand the reasons for the decline, we are working with otter and freshwater habitat experts to review the situation.  We also have an extensive River Restoration Programme in development which will bring benefits to many riparian species including otters.”

The Mammal Society, Environment Agency and Natural England, with support from a number of water companies, will be initiating the sixth national otter survey of England in 2022.