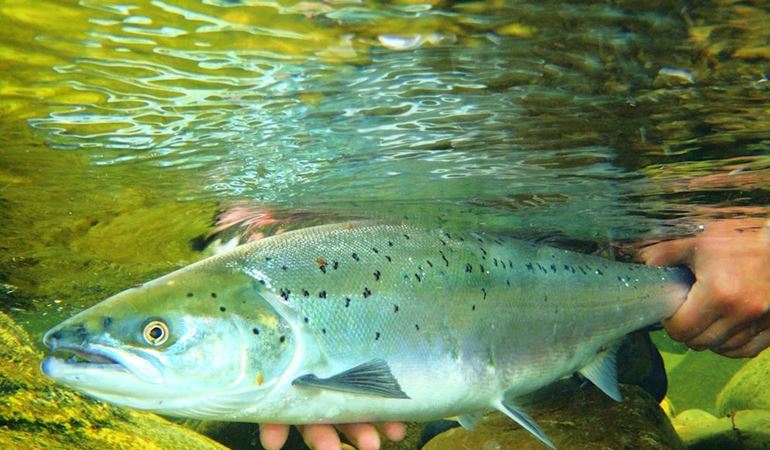 As salmon and trout population figures reach critical levels, Natural Resources Wales (NRW) is encouraging the public to be aware of illegal poaching activity on Welsh rivers over the coming months, and to report any incidents or knowledge they may have to its incidents team.

Illegal poaching can have a devastating impact on local fish populations, with numbers coming under particular threat during the salmon and trout spawning season, which usually occurs from around November to January.

NRW’s call for support from the public comes in the year that Wales recorded the lowest catches of both salmon and sea trout in 2021 - the lowest since consistent records began in 1970s.

Salmon and sea trout (sewin) are both iconic species in Wales, requiring high quality freshwater habitats to thrive and are a key indicator of the environmental quality of river catchments, while also providing important opportunities for healthy and valuable recreation.

With the spawning season now underway, NRW is urging the public to be vigilant and to report any information they may have on illegal poaching to its incidents team.

“We take all reports of illegal activity that threatens salmon and sea trout populations extremely seriously.

“Poaching tip-offs from the public can be of huge help in helping stabilise local fish populations whilst providing NRW Enforcement Officers with crucial information to bring a halt to such illegal activity.

“At this time of year, keep an eye out for any netting in rivers, signs of poaching such as disturbed banks, dead fish or hidden nets. It is also very important to report any lamping activity seen along the upper reaches of rivers.

“Please also be aware of any suspicious online content you may come across involving individuals selling salmon and sea trout or sharing images through social media accounts.

“We are calling on the public to report any suspicious or illegal activity on our rivers, lakes and reservoirs, by please reporting it to the NRW incident hotline on 0300 065 3000 or Crimestoppers on 0800 555 111.”

Further information on fishing in Wales.