Planning go ahead for safety works at Llyn Tegid 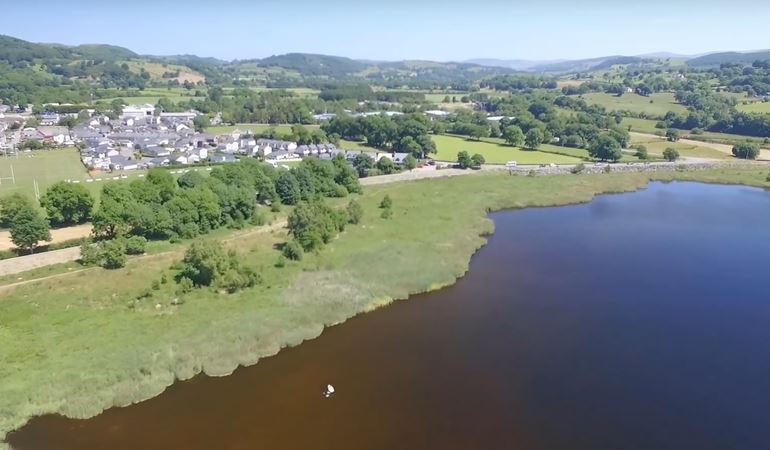 Plans to make sure Wales’ largest natural lake remains safe in the long-term took a major step forward today (Wednesday, 19 May), with Snowdonia National Park Authority granting planning permission for the scheme to go ahead.

The work is designed to make sure Llyn Tegid in Y Bala can continue to withstand extreme weather now and in the future, while also bringing recreation and environmental benefits to the local community.

“The lake’s embankments give vital protection from flooding to the town of Bala and we have a responsibility to make sure the town remains safe.

“We’ve been discussing with people locally over the last two years to explore ideas for mitigation and wider community opportunities. These will be developed alongside the lake safety works, including improving paths and creating new wildlife habitats.”

The main focus of the work is strengthening the embankments and replacing the lakeshore stone wave protection.

“It is a matter of regret for us that the work will involve removing self-seeded trees - mainly ash - which are growing in and weakening the lakeshore embankments.

“The removal of trees is unavoidable so that we can strengthen the embankments. But we are fully committed to retaining as many mature trees as possible and will be planting three times more trees locally than we have to remove.”

“As an Authority we’re pleased to support this essential scheme that will ultimately protect the town of Y Bala and further areas along the course of River Dee from flooding.

“It is regrettable that the scheme involves the loss of trees that have established along the embankment, but we are confident that the mitigation measures which includes planting three trees for every one lost will, eventually, enhance the natural environment and create a new habitat for local wildlife”.

Other community benefits to be developed alongside the safety works include:

Subject to meeting all planning conditions, works are expected to start later this year and last up to 2 years in duration. NRW will continue to work closely with the community and partners throughout to keep disruption to a minimum.

NRW also continues to work with Bala Lake Railway to consider how their proposed extension could be managed alongside this work.

You can find out more on here.