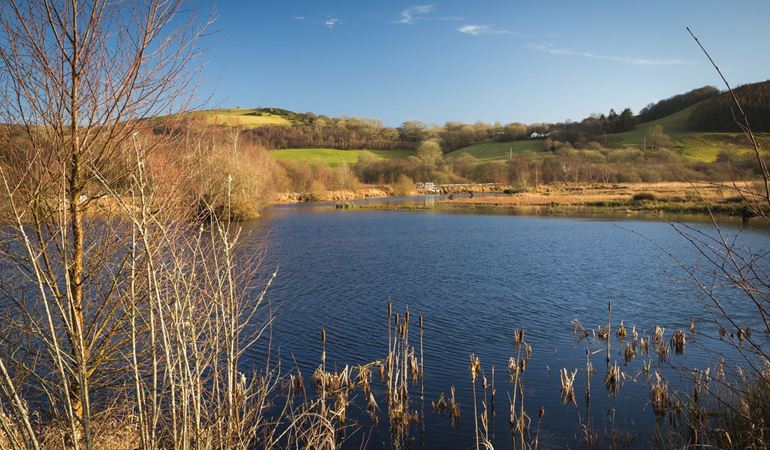 World Wetlands Day is celebrated annually to mark the adoption of the Convention on Wetlands on 2 February 1971 in the Iranian city of Ramsar. Today the world’s most important wetlands are designated Ramsar sites.

Wales is home to many types of wetlands, including fens, raised bogs, grazing marshes, swamps, marshy grasslands and of course lakes, ponds and rivers. Wetlands are rare habitats; in many areas of the UK, we have lost over 90% of our wetland habitat.

Not only are they home to rare wildlife, but they also provide many of the things which society relies upon such as clean water, flood protection, carbon storage, and are also great places for people to enjoy the outdoors.

Cors Caron NNR in Tregaron, Ceredigion is one of the largest actively growing raised bogs in lowland Britain with peat up to 10 metres deep in places. It is designated an NNR as well as a Ramsar site because of its environmental importance.

Jake White Project Officer for the LIFE Welsh Raised Bogs Project said: “Wetlands have a key role to play in the battle against climate change and therefore managing them effectively is vital. When in peak condition, they can capture and store significant amounts of carbon that would otherwise be released into rivers and the atmosphere.”

“This year, as part of World Wetlands Day, the NRW LIFE Welsh Raised Bogs Project will be celebrating the importance of Cors Caron NNR and the role it plays in supporting the wellbeing of the people and environment of Wales. And we’d like others to join us too.”

The day will start at 10.30am from the visitor car park with a free guided walk around Cors Caron NNR. The walk will take approximately two hours, and visitors will need to wear appropriate clothing for the day. All normal Government Covid precautions will be observed. To book you free place please visit Tocyn Cymru.

Natural Resources Wales manages several wetland Ramsar sites in Wales. Why not visit one this World Wetlands Day yourself, please go to the website to find out more https://naturalresources.wales/days-out/things-to-do/?lang=en