Improvements to be made to river after pollution incident 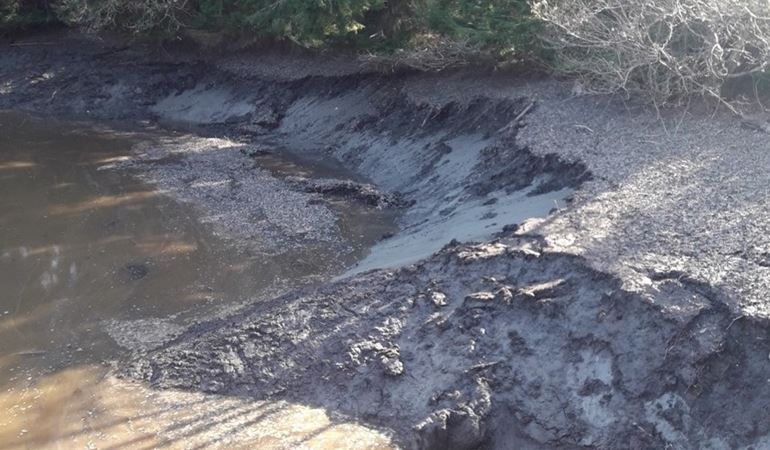 A North Wales environmental charity will use £9,000 to carry out vital improvement work after the Afon Trystion was polluted by sediment from a reservoir.

DoPower, who own and operate the reservoir, will pay the money to the Welsh Dee Trust following an investigation by Natural Resources Wales into the incident in April 2021.

Around 143 brown trout were thought to have been killed in the reservoir, which is upstream of Cynwyd, and then entered the river along with the sediment.

NRW officers investigated after receiving reports from members of the public and the local angling group of the river being discoloured. The officers found that the lowering of the reservoir’s water level had caused the movement of sediment from the banks and the bed of the reservoir,

The sediment entered the Afon Trystion through an open draining valve and a build-up of sediment was seen in the watercourse below the dam wall, along with a number of dead fish.

DoPower were notified of the issue and worked with NRW to reduce the risk of an escalation of the incident which resulted in an improvement in water quality within 24 hours.

The water level in the reservoir had been lowered during maintenance work .

“Our role is to ensure businesses can operate without harming people and the environment, this may involve prosecution, but in certain cases it can be in the public interest to look at options other than a court case.

“This approach is an example of NRW fulfilling its key role for the greater good of the wider community.

“The money is also spent in the local economy instead of going to the Treasury, which is the case with court fines.”

‘This was a terrible incident that has caused significant impact to the wildlife of the Trystion. We are pleased NRW were able to identify the problem and a solution to prevent further escalation of the problem was identified.

“The donation will allow Welsh Dee Trust to make habitat improvements within the river, we hope this will speed up the wildlife’s recovery from this tragic event.“

“Incidents like this  are damaging to the environment and can be costly to the individuals or companies involved.

“We will investigate reports of pollution and, where possible, take action against those responsible.

“Working together, we can protect and improve Welsh rivers. Please report any pollution incident to our Incident Communication Centre by calling 0300 065 3000, emailing ICC@cyfoethnaturiolcymru.gov.uk or by clicking ‘report an incident’ on the home page of our website.”