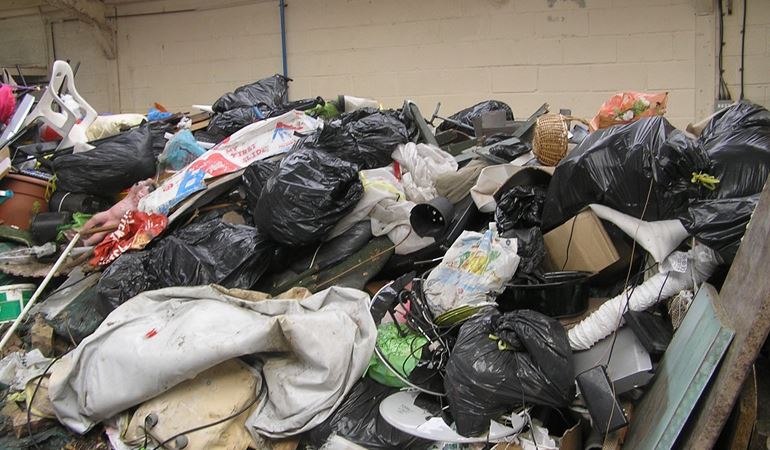 A Conwy-based waste operator who advertised his services on Facebook has been given a suspended prison sentence after admitting five waste offences at Caernarfon Magistrates Court.

Ryan Green, who operated a business under the name Ultimate Waste Removal, pleaded guilty to four cases of fly-tipping household waste at sites across North Wales and the illegal storage of mixed waste at Peel Street, Abergele.

He was sentenced to 52 weeks imprisonment suspended for 18 months.

An application was also made for compensation for the full clean-up costs which included asbestos, and this was awarded in the sum of £4,000 payable at a rate of £100 per month.

Mr Green had rented the warehouse in July 2019 for the purpose of refurbishing and selling second-hand furniture.

NRW officers sorted through the waste to try and identify addresses and persons linked to the waste. A number of addresses were located, and contact was made with the residents.

Each resident who responded to NRW indicated that they had hired Ultimate Waste Disposal to get rid of their waste after seeing an advert on Facebook. Customers paid between £56 and £500 for waste removal services.

Gwynedd and Denbighshire Councils were investigating four separate fly-tipping incidents. Addresses found in the fly-tipped waste were investigated and the information led back to Ultimate Waste Removals.

“Fly-tipping impacts on people and the environment and by avoiding proper disposal costs, the operator was able to undercut his legitimate competitors who abide by the law.

“Homeowners are reminded that they have a duty to check their waste is being transferred to a permitted site using a registered waste carrier - otherwise, they risk a fine of up to £300 if their waste is found fly-tipped.

“This case demonstrates clearly that anyone trying to take shortcuts in the waste industry will be pursued through the courts where necessary.”