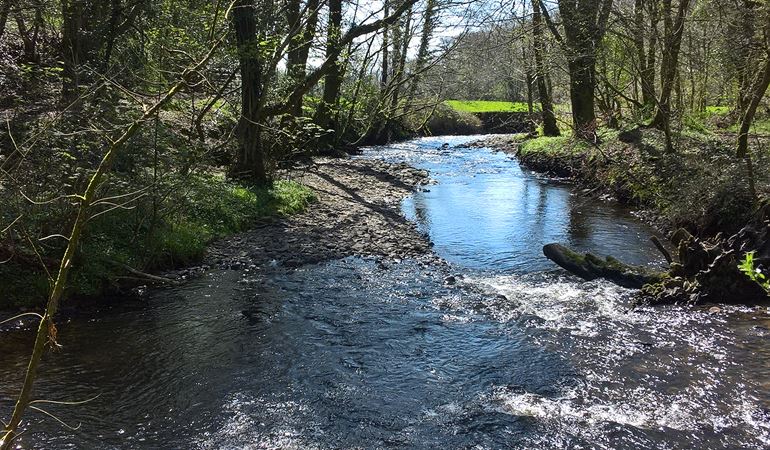 Natural Resources Wales (NRW) and Farming Connect have joined forces to remind landowners not to remove gravel from streams and rivers, following an increase in the number of incidents reported across Wales.

In-river works, such as gravel removal or alteration of a channel, can be an offence unless the work is carried out under an appropriate permit or consent.

These operations cause damage to wildlife, including aquatic invertebrates, fish spawning grounds and nesting birds.

It also risks spreading seeds/ fragments from invasive non-native species such as Japanese Knotweed to other locations and can result in damage to neighbouring property through increased erosion or deposition.

Removing gravel from rivers is only permitted under certain circumstances and where it is demonstrated to be absolutely necessary to do so. For example, to alleviate flood risk from nearby properties.

Protecting our rivers and the wildlife that depend on them is a priority for us.

Gravel removal and other alterations to rivers can be highly damaging.

Such operations de-stabilise the river and can change the course of the channel. It can take years for a river to recover from inappropriate works.

Wales has lost over 50% of its important gravel shoals over the last century.
These gravels support over 500 species of invertebrates over half of which are found only in these shoal habitats. Gravel shoals also provide habitat for fish spawning and are a key feature of a healthy river ecosystem.

Working in line with social distancing guidelines, our officers are still taking reports from the public, reviewing daily satellite imagery, and are out across Wales responding to incidents and will not hesitate to take enforcement action where necessary.

We ask that anyone wishing to carry out works to a river gets in touch with NRW so that we can advise on appropriate options and any necessary consents.

Eirwen Williams is the director of rural programmes at Menter a Busnes. The organisation works in partnership with Lantra Wales to delivers Farming Connect, a scheme within the Welsh Government and the European Agricultural Fund that provides support for agriculture and forestry in Wales.

If farmers have any queries or problems they would like to discuss further with a specialist, Farming Connect are offering 1-hour free advice with an appropriate adviser. The surgeries are arranged within a couple of days of the first enquiry.

If you see or suspect that someone is working in a river illegally, please call the incident hotline on 0300 065 3000.