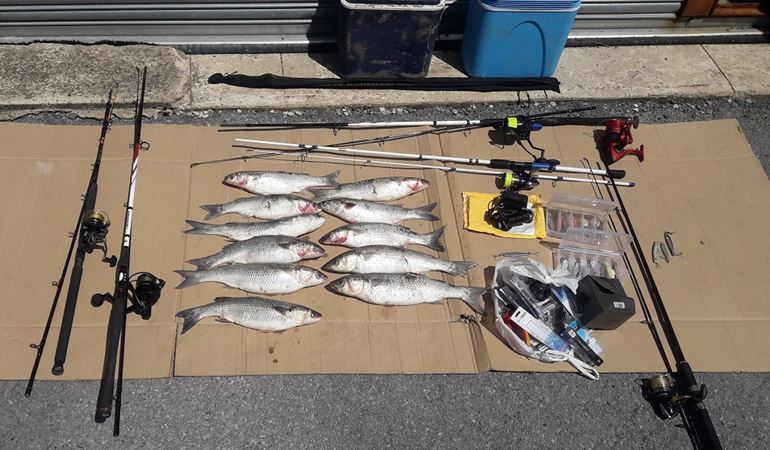 A man who was arrested in Yorkshire after failing to answer charges of illegal fishing has been ordered to pay more than £2,200 at Swansea Magistrates Court.

Along with three other men, Mr  Ket was observed by Natural Resources Wales enforcement officers, deliberately using an illegal foul hooking / snatching method to catch different species of fish, following reports from members of the public regarding suspicious activity taking place under the A484 Loughor to Llanelli road bridge.

Three other men who carried out the offence with Mr Ket, were dealt with  by Swansea Magistrates Court  in January.

Mr Ket failed to appear in court in January and a warrant was issued  for his arrest. He returned to Yorkshire but was arrested and taken custody at Leeds Police Station a few days later.

He appeared before Swansea Magistrates on 18 March.

“We would like to thank Dyfed Powys Police, the local communities and also the law-abiding anglers in the area for their continued support in reporting these illegal fishing activities.

“The use of this barbaric and totally unethical form of fishing being carried out by a minority of anglers, is not only indiscriminate on what species or size of fish that are killed, but untold damage is also inflicted on fish in the areas by the use of deliberately tampered fishing lures.

“Many oversized and multiple treble hooked fishing lures have been seized and these have been used to deliberately impale fish and damage them when the barbed treble hooks pierce the body flesh and internal organs of the fish.

“NRW and the police take these incidents seriously as do the courts. Hopefully the small minority of anglers who may in future, think of using illegal fishing methods will take heed of the heavy fines issued by the courts."

if you see any suspicious or illegal activity on our rivers please report it to the NRW Incident Hotline on 0300 065 3000.