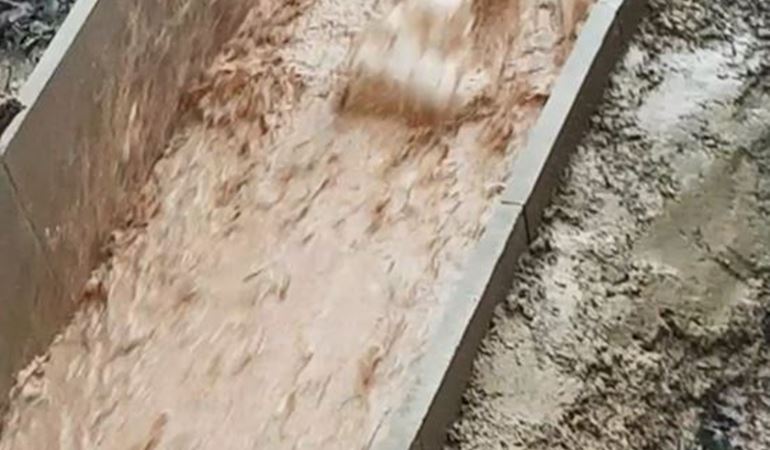 A South Wales construction company has been fined more than £32,000 after admitting run-off from one of its sites repeatedly polluted a stream in Coedely, Tonyrefail.

The discharge was discovered in January 2018, when a Natural Resources Wales officer carrying out a routine inspection of the area noticed water in the Nant Melyn was an orange and brown colour where the stream joined the River Ely.

The officers traced the discharge to an outfall structure on the nearby Lewis Homes site at Highfields, Tonyrefail.

Samples that were sent for analysis were found to contain significant amounts of suspended solids measuring 14,000mg per litre at the outfall and 1,040mg per litre downstream. An environmental permit would normally allow between 30mg and 100mg per litre.

The River Ely is an important site for salmon spawning, which relies on clean water flows. Silt particles reduce the oxygen levels in the water which causes loss of eggs and damages spawning gravels and has an adverse impact on salmon populations.

“Environmental regulations are in place to protect people, wildlife, our rivers and land.

“The construction industry has a duty of care to the communities in which they operate to ensure the correct controls and safeguards are in place in order to prevent incidents such as this to happen.

“NRW will not hesitate to take appropriate action against those who disregard regulations and jeopardise the natural environment we all know and love.”