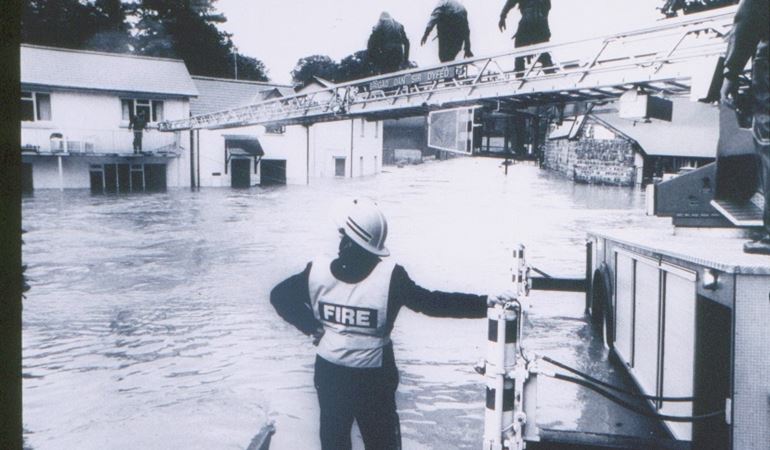 Vandalism of flood defences on the River Mwldan in Cardigan is putting the community at risk warns Natural Resources Wales (NRW).

Now NRW is appealing for information after trespassers forced their way into the flood defence control room and damaged flow control valves and the monitoring camera which staff use to keep a close eye on river levels.

The defence was installed to divert flood water away from low lying areas during periods of heavy rainfall and high river flows.  Without it, many homes and businesses in Cardigan could be at risk of flooding.

“People living and working in Cardigan will remember the terrible impact flooding has had on the town in the past.

“Since the defence was built it has undoubtedly prevented further major flooding many times and given peace of mind to local people.

“The reckless acts of these individuals undermines all the work we have done and the ordeal which people have gone through.

“We are appealing for anyone who witnesses vandalism or trespassing to report it to their local police force.”

NRW builds and maintain hundreds of miles of flood defences and provides a flood warning service to 100,000 people in Wales.  People can find out if they are at risk of flooding and register to receive flood warnings by calling 0345 988 1188.