The Spirit of Llynfi bringing people and nature together 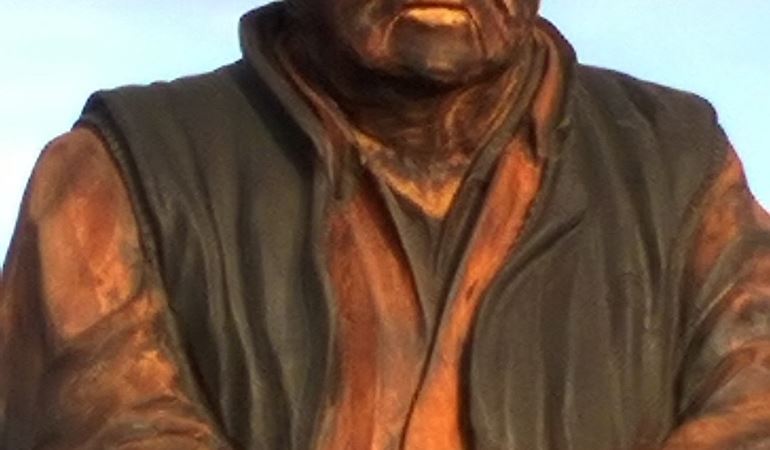 A landscape scarred by South Wales’ industrial past is being transformed into an area dedicated to bringing people and nature closer together thanks to Natural Resources Wales (NRW) and the local community.

The Spirit of Llynfi Woodland Project, on the site of the former Coegnant Colliery and Maesteg Washery, is creating a woodland featuring walking and cycling trails in a fantastic green space which promotes health and wellbeing for the people of the Upper Llynfi Valley and beyond.

“The area’s woodland potential was first identified back in 2005 but the project’s main driver was the health and wellbeing of the surrounding communities as well as environmental benefits such as reducing flood risk and promoting biodiversity.

“Research by Public Health Wales discovered that if you are over 50 and live in this area your healthy life expectancy is 20 years less than if you lived just nine miles away in Bridgend.

“And so we decided to create a place where people can relax and exercise in a tranquil setting and be accessible to everyone.”

The Spirit of Llynfi woodland, funded by Welsh Government’s Nature Fund and the Ford Motor Company was designed to effectively demonstrate the sustainable management of natural resources and the multiple benefits this could provide.

There was a focus on innovation, community engagement and delivery of landscape scale actions with multiple, social, economic and environmental benefits to the local communities and businesses.

After nine months of planning by a variety of community groups including 300 local schoolchildren the new woodland reached a milestone in November 2016 with the unveiling of the Keeper of the Colliery by the Chair of NRW Diane McCrea.

The Keeper of the Colliery is a nine foot tall, one-and-a-half tonne oak sculpture of a miner created by Caerleon artist Chris Wood which celebrates the lives of the hundreds of miners who once worked throughout the Llynfi valley.

The idea for the sculpture came about after local people, many of them former colliers and volunteers with the South Wales Miners Museum, expressed a desire for the valley’s industrial past to be recognised on the site.

At the unveiling a specially-commissioned poem - ‘Keeper of the Collieries’ - was read out. It was written by poet Dan Lock of Bridgend and celebrates the area’s industrial past and its rebirth through the Spirit of Llynfi project.

The poem can be heard in a NRW film entitled the Keeper of the Collieries by visiting www.naturalresources.wales/spiritofllynfi.

So what next for the Spirit of Llynfi Woodland?

“Over the past year 60,000 trees have been planted across 30 hectares of the site with the help of the community.

“This includes a mixture of broadleaves, fruit and ornamental trees which can be enjoyed by people of all ages and abilities throughout the local area and beyond.

“And we are continuing to work with community groups to establish a whole range of activities and projects to make the most of the new woodland.”

Among the projects currently being developed are:

The Spirit of Llynfi Woodland Group’s community-inspired project will involve local schools, historians and former colliers in developing a ‘geocache’ trail on site.

It aims to encourage people of all ages to explore the site’s history and biodiversity and, by connecting with the geocache global community, link up with other green spaces in the local area and further afield.

NRW and the woodland group are working with the Bridgend-based Dogs Trust, The UK Kennel Club and young people from the local skills centre to develop Wales’ first woodland dog activity trail.

The idea for the trail came from pupils at Garth Primary School and will be a great way of encouraging people to exercise their dogs in a fun, interactive way. It will also be a great opportunity for the Dogs Trust to raise awareness of responsible dog ownership.

One of the aims of the Llynfi project is to expand the area’s biodiversity and so the woodland group and NRW officers are working with members of the Amphibian Reptile Conservation Trust on a habitat development programme. This will create ponds on the site over the winter to improve habitats for aquatic life.

Special Families Maesteg – a group set up to provide support for parents and carers of children with various disabilities – are the inspiration behind the sensory trail.

NRW officers are working with the group and a local artist to develop features that will provide sensory stimulation which will enable people with additional needs to interact with, explore and enjoy the countryside.

“The inspiration for the Spirit of Llynfi woodland has come from the community and is all about bringing people and nature closer together and getting them actively involved in the countryside on their doorstep.”