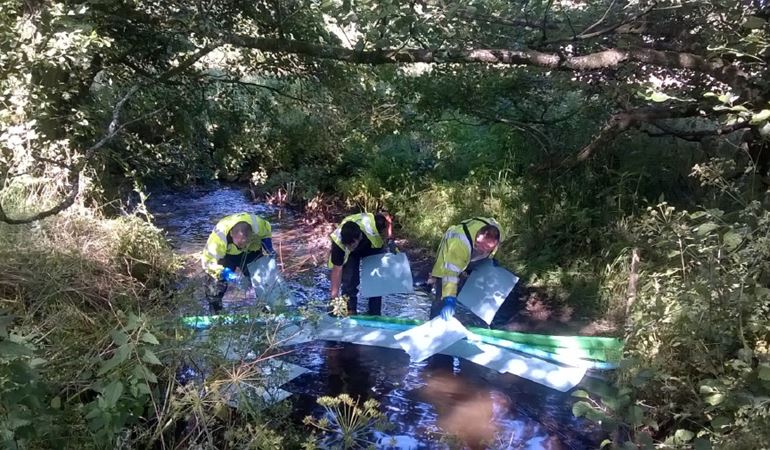 This was after receiving a number of reports from people of an oil sheen and a strong smell of fuel in the the Tawelan Brook in Johnstown, Carmarthen.

Officers attended the site and traced the contamination back to a leak of gas oil from an industrial unit.

Due to the visual impact of the pollution and the potential impact to the Afon Tywi, NRW’s emergency response team put measures in place to contain the oil.

Officers deployed oil booms and absorbent pads at three key locations in the watercourse to minimise further impact on the Tawelan Brook and Afon Tywi.

“It was important to stop the pollution quickly before it reached the park further downstream which wouldn’t be very nice for the children playing there.

“These sort of incidents aren’t major but it was important to get our people out to prevent any further damage. The Afon Tywi is an important river and we needed to stop any form of pollution affecting it.

“We were able to respond very quickly after receiving the reports. I’d urge anyone to report these sort of incidents to us in future.” The site will be monitored over the coming days and absorbent pads will be changed if required.

Pollution incidents should be reported to NRW’s Incidents line on 0800 807060.