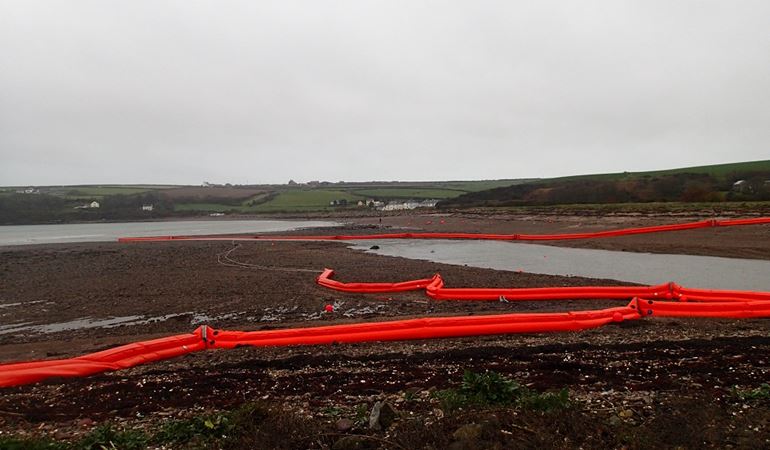 Booms installed earlier this month to contain an oil spill in the Milford Haven waterway will be removed tomorrow (Thursday 17 January).

Natural Resources Wales (NRW) and partner agencies have continued to survey the affected areas since the incident on 3 January and are satisfied that they have contained as much oil as possible.

Where oil has been found on local beaches, Valero’s clean up team have removed it under advice of NRW officers.

The investigation into how this incident, and the previous oil spill in December 2018, happened is ongoing.

Following further assessments and an inspection of the affected fuel pipelines, Valero now believe that no more than 500 litres of oil was released during the incident on 3 January – significantly less than originally feared.

But the pipelines will remain closed after NRW took action last week to suspend their use. NRW will not allow Valero to reopen the pipelines until it is satisfied they can operate without causing further damage to the local environment.

“Following a swift response from everyone involved, much of the pollution has been contained and cleaned up quickly, reducing the impact it could have had on wildlife and the environment.

“Along with our partners, we will continue to monitor the situation and will respond to any further reports of oil washing ashore in the coming weeks.

“Valero continue to support our efforts and cooperate with our enquiries into how the incidents happened. Our investigation also continues as we consider what further action we need to take to stop this happening again.”